The knowledge of Spiritual Sex Science must take to the masses in general. The very important subject of the creation, whose information follows naturally to creatures and animals, should not be kept confidential. Especially when the form of this important science has almost completely deformed and inverted. Those beliefs are going on, if they should be allowed to run, resolved solutions and elegant provisions if not presented, the distortions will continue to thrive, and the human race will continue to do its own destruction by misusing an important power. Now it’s the time that the knowledge of sex-elements based on moderate and science oriented facts should be dared to be show off and the curtail of hesitation should be raised that the deliberation of this great science will be considered as obscene at all levels, it should be kept confidential in every situation. With this hesitation, the human race will remain deprived of a great benefit. 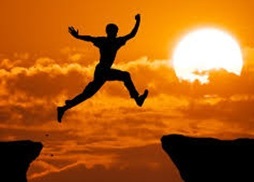 Seed and Brain, with these two great powers human is God himself. Whatever the Brain thinks, the Seed transforms it into reality. 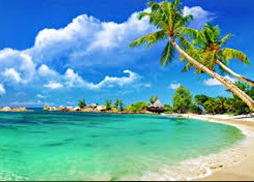 Root Base of Human Life

Like the seed of a tree, the Seed of human, through life energy, attracts the essential resources of success in life from nature network . 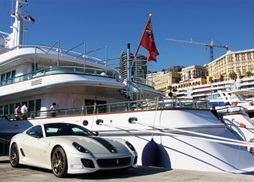 Every human has their own desires or dreams. To fulfil them, everyone wants to succeed in their life. We have often heard that success is very hard and there is no shortcut for success.

But it is a matter of note that there can be innumerable of long-cuts to go from one place to another, but there is definitely a shortcut of straight line between them. Since everybody knows about that shortest path, so all those go on the shortcut path and complete their journey successfully.

Similarly, there can be innumerable wrong answers to any question, but there is only one correct answer. Since we do not know about the question, the probability of correct answer depends on our knowledge. If we become aware of the question to be asked, then by pre preparation we can all be successful by giving correct answers.

On earth, life is found only in plants, creatures and humans. All the plants of the same type produce flowers, fruits and seeds in equal quantity. They all provide us with almost the same amount of oxygen, wood and shadow etc. In this way, all the plants have the sure success, i.e. the success rate in plants is 100 percent. Similarly, similar types of creatures also live their life equally. Despite not having any external facilities, all creatures lead a similar good life while staying healthy. They all contribute to nature according to their own capacity. Thus, the success rate in creatures also is 100 percent. But the rate of success in the context of humans is exactly the opposite. Plants and creatures do not have Brain, but every human has a super‑computer like strong brain too. Despite having brain like precious gifts of nature, the rate of success in humans is less than one percent.

After all, what is the reason that despite having brain, most of the humans live a life of failure and without having brain, all the plants and the creatures live a successful life? The secret of sure success is hidden in the ways of living of the plants and creatures, and the same is only the shortcut for success in the life of humans. All living beings get a natural resource to live life through food and breath. All plants and creatures naturally preserve that resource, so they all get assured success. Most humans do not have the right information about that resource or there is a lot of misunderstanding about it and due to ignorance keeps on destroying the same resource that is why most people do not get success.

In the base part of the tree there is the root and in the upper part there is the crown. The root only feeds resources to the entire crown. In the same way, in the base part of our body there is the Muladhar (Root Base) and in the upper brain part there is the Sahasrar (Infinite Crown). This root base Muladhar brings success to life while nurturing the whole body. Just as the crown gets dry after cutting the tree from the root, in the same way, most human beings fail in their life while destroying their root, the Muladhar. The only shortcut to success in life is that human must save own Muladhar i.e. Seed. Here reference to Seed is for both men and women. Save-Seed means enjoy married life with life partner only. Apart from this, do not waste Seed (Sperm in men and Ovum in women) through any unnatural method (masturbation, illicit relationship, pornography, obscene mentality, etc.).

Seed is important fuel for human’s life and by preserving it, we get the sure success in life.

Our creator Seed is the subtlest form of the God, which is the infinite source of immense power and eternal happiness. With God’s two priceless boons, Seed and Brain, human is God Himself. Dreaming is the work of Brain and their realization is the work of Seed. But due to wrong beliefs and ignorance, human has considered Godly Seed as a means of lust and reproduction only, it is the biggest misunderstanding of the human in present time.

There is a natural similarity in Human and Tree, therefore, in the scriptures, Seed is considered as Muladhar (Root) of human and Brain as Sahasrara (Crown). Through the Root, The Crown gets the necessary food, which leads to Flowers, Fruits and Seeds respectively and the Tree get definite success. Similarly, hormones are formed from seminal Seed, which in turn causes emotions and thought processes in our Brain. According to the thoughts we get the Plans, Actions and Results respectively and we get success. If the Crown of the Tree is separated from the Root, then it becomes dry. Similarly, if human does loss of the Muladhar Seed, then the Sahasrar Brain gets failure in all the actions. Seed-Loss is like cutting our own roots, because by doing physically and mentally Seed-Loss, our own divine power is exhausted. This is the only reason for all the sorrows of human. Human keeps on taking many measures to increase the Brain power, but if did not follow Save‑Seed for success in life, then even higher education has also of no importance.

From ancient times, scholars have taught the theory of celibacy to achieve high success in life, whose basic education is to save the Seed. Knowingly or unknowingly, from ancient times till now, all the great person of the world have achieved immense success by cent‑percent following the Save‑Seed, which is the only principle of success.

is a factual analysis of the same ancient theory.